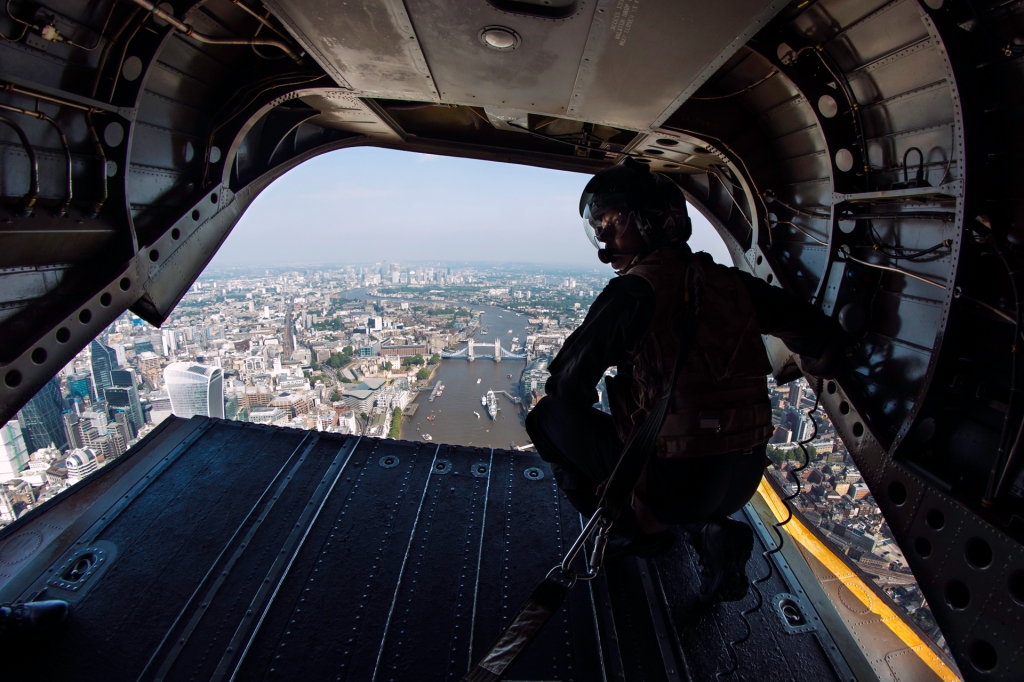 Despite everything I’ve managed to achieve, I still very much class myself as an amateur when it comes to photography. In my eyes, you can’t even begin to tell people that you’re a professional photographer until it’s your main source of income and in the field I was most used to, aviation photography, professionals are few and far between. Just because your bag is full of equipment from a ‘pro’ range, that doesn’t make you a professional.

Don’t get me wrong, there’s no harm in owning professional-grade equipment if photography is just a hobby, it may help you get the images that you’re after but for me, it started raising a question in my head; ‘do I actually need all of this?’.

Let me give a little context to this.

I’d been in the aviation photography ‘business’ for a fair few years. It started off as taking photographs at airshows but I very quickly found a passion for putting words alongside my imagery. This site originally hosted my aviation-related blogs, that was until those blogs turned into lengthy articles, and it was at that point that I decided to create ‘Aviation Highlights’.

Over the years I’d worked really hard to try and lay the foundations for what I ultimately wanted to achieve with Aviation Highlights; I wanted the site to become a go-to source for feature-length, content-rich articles covering the UK aviation scene. At the time, pre-Shoreham, the airshow circuit was extremely busy with events up and down the country almost every weekend May through to October but the second Shoreham happened (for those that don’t know, Google it), that all changed.

The UK airshow scene diluted almost overnight and in the immediate, they became something almost alien to those in the enthusiast circle. As most of my content had been airshow-related up until that point, this meant that I suddenly had to look elsewhere to keep the site going and to keep people coming back for more.

Some of those foundations that I’d been laying started to play their part and ultimately led to some incredible experiences that I won’t ever forget. Whether it was standing right on the edge of the runway at RAF Fairford as a B1 sped past on full reheat, or standing on the pan at RAF Odiham to capture the centenary flight of three special schemed Chinooks; it was all driven by the need to deliver content for Aviation Highlights.

A few years passed and I was able to keep up a fairly decent rate of articles thanks, at the time, to a very understanding manager at work. More often than not these opportunities would come at very short notice and that meant taking leave sometimes the following afternoon. My role at work changed though, and that ultimately meant I had to re-think how this would all work as I now had people depending on me.

Aviation Highlights was great but I still wanted more. One thing that I’d always hoped to put together was a book of my own work. Towards the end of 2017, an opportunity presented itself and I was able to pitch an idea for a book to the team at RAF Odiham. I’d worked with the RAF Chinook Display Team previously in 2013 and had been lucky enough to document behind the scenes insights at the Royal International Air Tattoo that year.

Through regular interactions with Odiham, and someone that I now class as a friend, this pitch was received with open arms and throughout the 2018 display season, I was able to shadow the display team with pretty much unrestricted access. All the hard work from previous years paid off and while it was incredibly difficult to get approved by the MoD (a long story for another day), the book was released in April this year.

After so much work in the years running up to it, I finally managed to achieve my goal of releasing a book. Not a self published one, but one backed by an industry specific publisher that couldn’t have been more enthusiastic about the potential the title had. The strange thing for me was that I pretty much lost interest in aviation photography overnight after that.

It took me a little while to try and piece it all together, to really understand why I felt that way but I got there eventually. The book had been my Everest in a way, it was the one thing that I’d always wanted to do and it was over. In my mind, nothing would ever top that experience.

It’s not that I’ve lost interest in aviation, nor in photography, just the specific field of aviation photography. I’ve been to a number of air shows this year and have thoroughly enjoyed them but I’ve not picked my camera up once. Likewise, I’ve taken an awful lot of non-aviation photographs too.

So without the need for all my expensive camera gear, all the accessories and the hefty bag to go with it, I reassessed my photographic needs. What did I need from a camera? I didn’t need the big zoom capability anymore, nor did I really need something capable of a high frame rate. The one thing that always restricted me with the DSLR is that it wasn’t the easiest setup to take out and about. The bag was heavy and cumbersome, and after a long day out my back regularly ached.

I’ve long been an admirer of the Fujifilm X series cameras ever since they were first released back in 2011, so I decided to look for a used First generation Fujifilm X100; you know (you probably don’t to be fair), the one with the beautiful Bayer sensor. I found a really good example and purchased it for less than £200. I added a wrist strap to it, a shutter release button accessory and a couple of extra batteries. For just over £200, I had a fixed lens that’s super sharp wide open, a stunning (albeit small) sensor and all in an attractive package that can fit in any bag, and even some pockets. My Huawei P20 Pro is great for quick snaps, but phones still don’t have the same level of IQ in my opinion.

What’s it been like swapping over from my DSLR? Honestly, it’s been an absolute dream. The X100 tends to go with me any time I leave the house; it’s even been in my work bag on occasion when I’ve been in London for a meeting. Ok, it doesn’t have the fastest autofocus in the world, it doesn’t have an articulated screen and it also doesn’t have the most intuitive menu structure but none of that matters. Why? I’ve not had this much fun shooting everyday events, perhaps, ever. The richness of colour and tonality of the images are just so incredibly impressive for such a small camera.

Three weeks ago I sold all of my Canon gear and I won’t be looking back any time soon.

Begin typing your search above and press return to search. Press Esc to cancel.